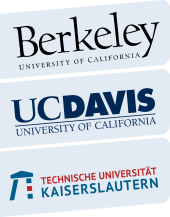 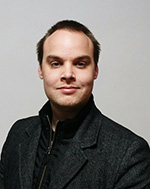 Detecting and tracking features is a common task in data analysis. In general, features are described by geometrical and topological constraints, e.g., particles of a ﬁnite pointset method (FPM) simulation with a speciﬁc velocity, or regions of the universe exceeding a certain dark matter density. Although there exists a vast number of detection and tracking techniques, most applications require specialized algorithms and visualizations. Large datasets pose an additional challenge as it is harder to compute and visualize analysis results in real-time. Therefore, in my work I present novel algorithms to address the following tasks:

2. tracking of features and their properties;

3. design of visual analytic frameworks to interactively visualize tracked features and their evolution, and;

4. utilization of such frameworks to eﬀectively browse and visualize massive datasets in real-time.

Speciﬁcally, my work builds on research about tracking graphs. These graphs are a common tool to illustrate the evolution of features as they indicate when features appear, disappear, merge, and split. My approach extends existing techniques to compute the tracking graph for large datasets, to augment the graph with additional information, and to include tracking graphs in interactive visual analytic frameworks.